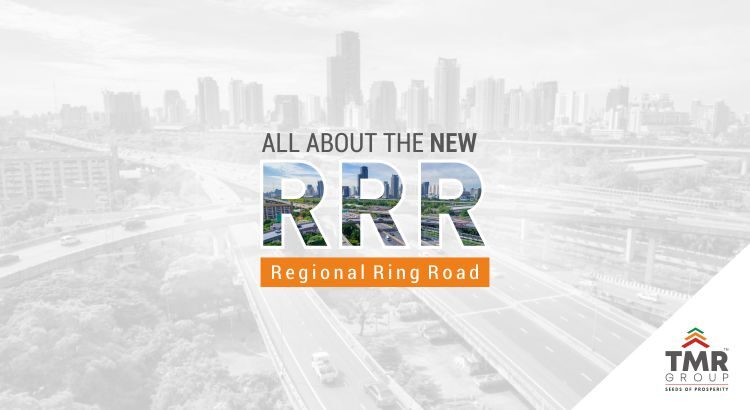 Unlike the period action drama that the maker of Baahubali is making, RRR is nothing similar to what we are about to discuss. This RRR stands for Regional Ring Road – the nod for which has already been given by the Central government for Hyderabad. Let’s talk about this particular RRR in detail, shall we?

For the last several years, the Telangana Rashtra Samithi (TRS) MPs have been representing the central government and seeking permission for Regional Ring Road (RRR). The central government had already approved in principle, for the RRR project way back in 2018, but later failed to make any further announcements on the project.

In the initial phase of the project, the union government had issued a gazette notification to commence work for 166 kilometres of the Regional Ring Road in 2017. The stretch connected Sangareddy, Toorpan and Choutuppal.

The financial viability of the project came into question by the Union Road Transport and Highways Ministry in 2019. That’s when a fresh Detailed Project Report (DPR) was called for and the Telangana government duly complied. When the report was submitted, the second phase of the project was lost in oblivion.

It was only when yet another fresh representation by the TRS delegation was made recently and the Union Minister informed the delegation that the second phase of the RRR project connecting Choutuppal, Shadnagar and Kandi has been approved.

ALL ABOUT RRR – REGIONAL RING ROAD

The overall length of the 6-lane RRR project would be 338 km while the width would be 500 feet. The state government has agreed to share at least 50% cost towards land acquisition to execute the project that’s estimated to cost about INR 13,000-crore. The land acquisition for RRR has been completed by the state government and the project is awaiting clearance from the forest department to invite tenders. The RRR is said to come up beyond the existing Outer Ring Road (ORR) and is expected to play a significant role in the economic development of Telangana.

In order to boost the economic advancement of the state, the Telangana government plans to develop 50 acres within the 30 to 40-kilometre wide strip between ORR and RRR into satellite townships. The state hopes that the RRR will help uplift the infrastructure investments, employment opportunities between the circular roads and reduce congestion in Hyderabad.

It is also said that the Union Minister has given his approval for expansion of the 31.8-km Kodad-Khammam National Highway to 4 lanes under the Bharatmala Pariyojana programme. The Minister for Road Transport & Highways, Mr. Nitin Gadkari has also confidently responded to the demands for the completion of several highway projects as promised under the Andhra Pradesh Reorganisation Act.

At TMR Group, we believe that these kinds of developments not only help the state to prosper and grow economically, but they offer numerous opportunities for businesses to mutually progress along with the state as well. While we, at TMR Group, have constantly been contributing to the cause, we feel that the Regional Ring Road, just like the title and the maker of the movie suggests, would be a huge blockbuster.